…. and my world returns to normal.

The past week has been a whirlwind of chaos including shopping, baking, food preparation, cleaning, visiting and a constant stream of visitors through our door.
I have ached for it all to return to normal.
And today it did.
Once the cat meowed, I realised that my crazy family was entirely back to normal.
One of the gifts that the Garden Gnome received for Christmas was a Nerf gun. The teen didn’t understand this choice of gift when I purchased it however she didn’t know that under the tree was a Nerf bow and arrow with her name on it. I didn’t think it was fair that there would only be one armed combatant within our home and so the GG was gifted with one for Christmas.

About an hour or so ago, the GG sneaked out of the bedroom and fired a nerf missile at the Teen. This was followed rapidly with two more shots at her retreating back as she dived into her bedroom for the bow and arrow beside her bed.
She emerged from her room fully loaded and with the bow aimed.
Then the cat sat at the Garden Gnome’s feet and meowed. We all stopped what we were doing and looked wondering what in the world could be wrong with her? (She doesn’t usually meow unless she wants to be fed or have her litter changed).
Was she scared?
The Teen took this opportunity of her father’s lapse in concentration to let loose with her bow and we then laughed hysterically as the cat scampered off after the errant missile. The Garden Gnome obliged her and fired another shot in her general direction.
The Diva caught this one and tossed it up into the air.
This scenario played out for the next quarter of an hour or so until all of the Nerf bullets had disappeared behind curtains, cupboards and the lounge whilst I sat there laughing and enjoying the antics of my crazy family.

It was good to return to normal.
I was happy.
Life is good.
I got up to go about my business.

And found that I couldn’t open the toilet door because all of the balloons left over from my sister-in-law’s birthday celebration had been stuffed in that tiny room.

Only in my home. 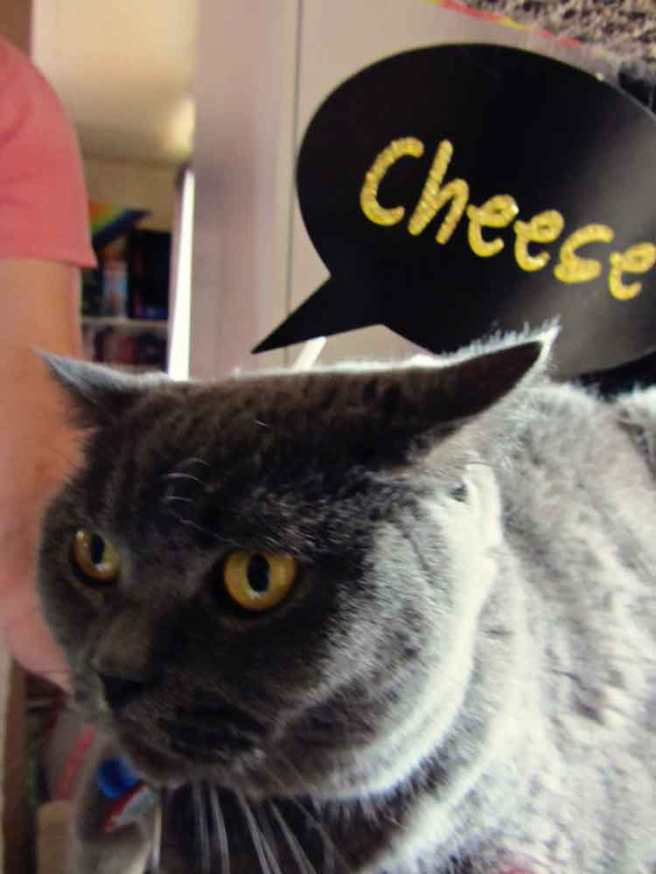