As I sit at my computer alongside the open window, the sounds of the bubbling water fountain mingle with the gentle drumming of rain on the roof. Although the weather is much cooler today, my ceiling fan continues turning in a gentle rhythm pushing cooler air upon the skin of my arms and face.
The colours of the world outside are a combination of grey skies and the rich green of the grass and leaves. Lawns that were turning brown only a few short days ago are now revived. Dotted here and there in the this two-tone world are splashes of colour created by the flowers in the garden; bright spots upon the muted shades of the day.
The presence of rain creates a reflective mood within my soul as the desire for study and housework has washed away with the water flowing down the street in the kerbside gutters. My thoughts are skipping to and fro with no particular rhyme or reason and I am reminded of a blog post that I read yesterday by my friend David.
David includes music videos in his weekly diary posts and they make a pleasant backdrop to reading about his daily escapades. (Since I am 10 days behind in my blog reading, this post was from a little while ago). David shared a song entitled “Handbags and Gladrags” by a group that I didn’t know. I commented that I couldn’t listen to it because there is only one singer who can sing that song in the way that I love. His name is Jon English and he is an Aussie (well we’ve adopted him anyway). Born in England in 1949 he emigrated with his parents in the same year that I was born; so he’s pretty much old enough to be my father. lol
Anyway, where was I?

Well, after commenting on David’s blog, I sent him a link to Jon’s version of the song on You Tube. Whilst I was poking around You Tube, I found a lot more of his music and memories came flooding back.

The first time I discovered Jon English was when I was 12 or 13 years old. He played the part of Jonathon Garrett in a television mini-series called “Against the Wind” about the convict settlement of Sydney. Jon sang the theme song and also another song “Six Ribbons” which is a love song to his wife (in the show). This is my all-time favourite song of his. Oh, there are others I love such as She was Real (about a ghost) and Carmilla but Six Ribbons will always be the favourite.

As the years went on, I learned that Jon had played Judas Iscariot in Jesus Christ Superstar but watching that had never interested me. However, I am a huge Gilbert and Sullivan fan so when I learned that Jon was cast as the Pirate King in The Pirates of Penzance I purchased tickets. I loved it so much when I saw it that I purchased tickets for my mother and aunt and took them along to a matinee performance. The fun part about watching him perform is that the performance changed every time we saw it because he was the master of ad-libbing. The funniest memory I have of taking my aunt and mother to the performance was my aunt attempting to throw herself from the balcony (where we were sitting) whilst saying “Catch me Jon”. *oh dear*
Here is one of my favourite songs from “Pirates” entitled I am the Pirate King

Whilst I’m reminiscing and reflecting right now, another memory springs to mind of the time that he helped cheer me up. He doesn’t know about it and unless he reads this blog, he will probably never learn about it either.
It was just after we had buried my brother David. I was still in deep grief and the world was so terribly bleak for me. I took the children to a school fete and they had an auction there. I was the highest bidder on a set of Beatrix Potter books and that was wonderful but one of the lots was a signed photo of Jon English. At the time he was starring in a television show called All Together Now and the fete organisers had obviously asked him for a donation for their auction and he had sent this along. Not much in the scheme of things really but I decided then and there that I wanted that photo. And I won it.
I can’t explain just how that felt, having a signed photo of someone that I admire at a time in my life when I felt that the world was caving in around me. Such an incredible feeling for sure. I think I still have the photo somewhere.

These days I’m a little more subdued in my status as ‘adoring’ fan. After all, I’m nearing old age myself lol. So I am content with listening to his 20th Anniversary album and watching You Tube videos of Pirates.

It’s funny what you think about on a rainy afternoon isn’t it? 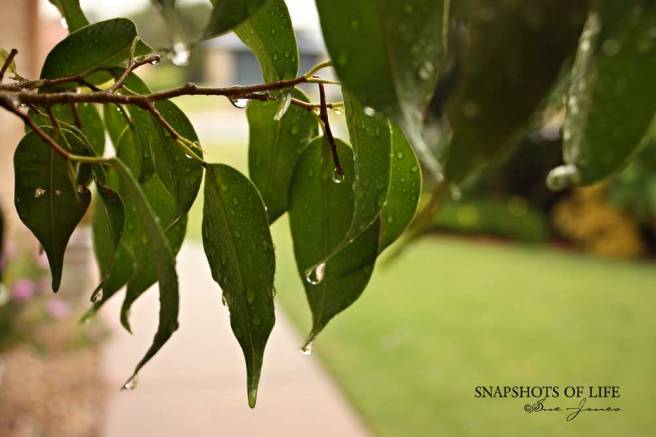