I’ve mentioned before that we sometimes go to watch our grandchildren play sport. The other weekend, we watched the girls play netball and our grandson played soccer (or football to those of you in the UK).
Often, their games clash and we can only watch one or the other, however this times the planets all aligned and we watched the girls play each other and then a short time later, was the boy’s soccer match.
For those of you that know netball, you would be aware that it is a non-contact sport. Well, it usually is. Unless of course, your opposite number on the court just happens to be your sister. Then, all bets are off.
We laughed so much watching the two girls together.
Each time the oldest went to catch the ball, the younger one pulled her arms back to her side. And don’t even try to think about moving away from her….
They were so cute to watch and they never got angry with each other. They just enjoyed the fun.

I took so many of them together but I don’t want to show their faces so can’t show them all.

After the fun of watching the girls, we went to watch the little man play. There is just something so darn cute about a team of boys, whose clothes are bigger than they are, chasing a ball around a half sized pitch with no clear sense of direction or idea what to do.

I’m not quite sure what point he was attempting to make here or even why they weren’t watching where the ball was but it sure makes a cute photo. 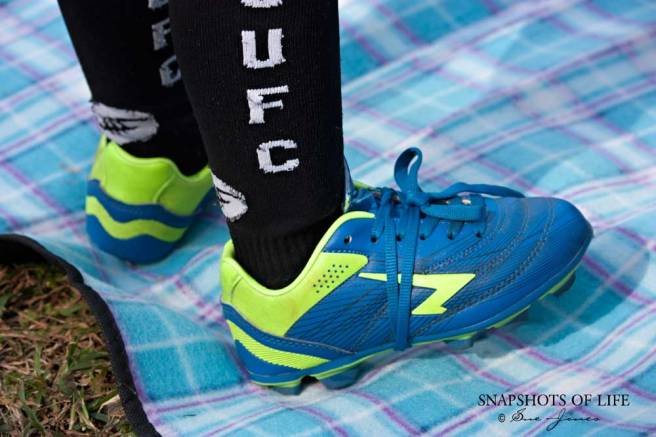 It’s such a fun way to spend a Saturday. 🙂