Although I’m a bit of slack blogger… Okay, a really slack one because this is my first post in 13 months, so that is pretty bad.
However, I still read a number of blogs when I get the opportunity, and this morning I read Aussa Loren’s post about the books she has read this year, which prompted me to write my own post.
Like Aussa, I keep a record of the books I read each year in a little notebook that I keep in the drawer of my bedside table. Beginning in 2015, I have recorded every book I have read (not including text books or research articles). 2019, saw my greatest number of books read yet. This list doesn’t include the two books that I began and couldn’t finish past the first 3 chapters, or the book that I bought thinking I had never read it and then realised part way in that I already have (but I still finished it anyway). My end total stood at 91 books  completed, and I am currently halfway through my 92nd book The Librarian of Auschwitz by Antonio Iturbe.

My reading pile is never-ending. I have a double stacked bookcase beside my bed with three piles of books beside that. Nonetheless, I still purchase books either at thrift stores or bookstores. Thanks to my eldest daughter gifting me a bookstore voucher for Christmas, I now have a further three books to add to the pile, and I feel no shame!!! Who said that the printed page would be redundant?

My reading choices are eclectic with a range of genres and authors, however I am predominantly a fantasy fan with a few favourite authors, so my total reading list reflects that. Many of the fantasy books are parts of series.
So here are my books from 2019. Borrowing from Aussa, I will put these books into into genres. 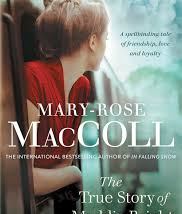 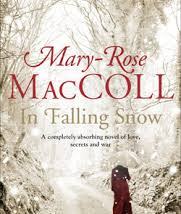 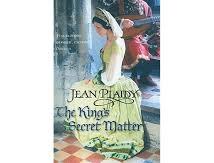 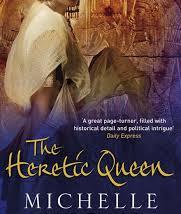 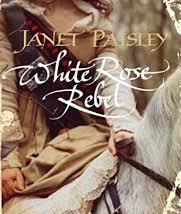 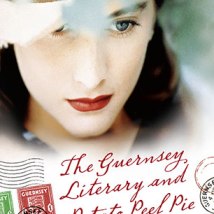 Historical Fiction
The Guernsey Literary and Potato Peel Pie Society – MaryAnn Shaffer & Annie Barrows. I LOVED this book. It was such a lovely story and written in such a unique style. Set during the occupation of WWII.
The King’s Secret Matter – Jean Plaidy. Set in the court of Henry VIII. Glad I didn’t live in those times.
White Rose Rebel – Janet Paisley. Set during the Jacobite rebellion.
In Falling Snow – Mary-Rose MacColl. An Australian author. This book is set between Brisbane in the 1980s and France during WWII.
The True Story of Maddie Bright – Mary-Rose MacColl. Set between current time and the time after WWI with Prince Albert.
The Heretic Queen – Michelle Moran. Set in the times of ancient Egypt.
The Lavender Keeper – Fiona McIntosh. Another Australian author. Set during WWII.
The Corinithan – Georgette Heyer. A romance set during England’s past.
Wild Lavender – Belinda Alexander. Set during the occupation of France in WWII.
The Empress of Ice Cream – Anthony Capella. Based very loosely on fact in the courts of Louis V and Charles I.
The Woman in the Green Dress – Tea Cooper. Totally fictitious story set during 1856 and 1911 in Australia. 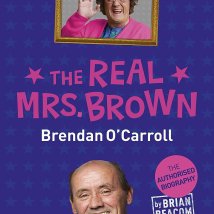 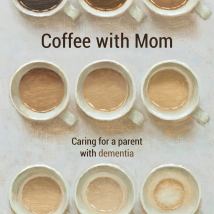 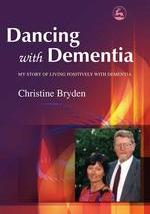 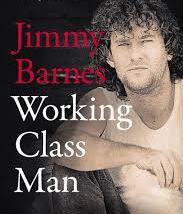 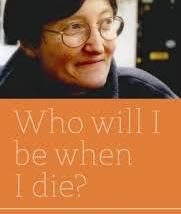 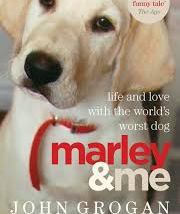 Autobiographies/Non-fiction
Contented Dementia – Oliver James. One person’s way of interacting with people living with dementia.
Working Class Boy – Jimmy Barnes. Front man of the band Cold Chisel. This details his rough life as a child and teen in Glasgow and Australia.
Marley and Me – John Grogan
Dancing with Dementia – Christine Bryden. Christine documents her journey of living her life with dementia.
Who Will I Be When I Die? – Christine Bryden. More about Christine’s life as he comes to terms with a diagnosis of dementia.
Working Class Man – Jimmy Barnes. Jimmy continues his life story about alcohol, sex and the life of a modern Australian rock band.
Coffee With Mum – Mike Glenn. Written by a pastor and based on his popular twitter account, Mike Glenn documents the dementia journey undertaken by his family when his mother is diagnosed.
The Real Mrs Brown – Brian Beacom. This is a biography of the story behind Mrs Brown (the television show).

Christian fiction/fantasy/biblical fiction
The Visitation – Frank Perretti. A fantasy fiction story based in bible teachings.
The Shack – WM. Paul Young. Fictitious story of a man who meets God.
The Red Tent – Anita Diamant. Pretty sure this isn’t from a christian publisher. It is about what happens in the red tent each month with each of Abraham’s wives and daughters.
Samson – Ellen Gunderson Traylor. It brings the story of Samson alive.
The Captain’s Daughter – Jennifer Delamere. This could also be classed as historical fiction set in England in the 1800s. It is a nice story with a christian background. 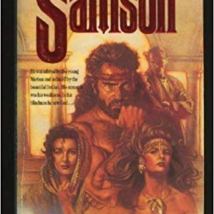 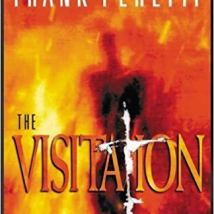 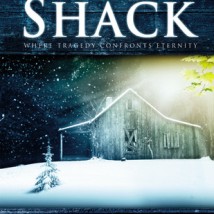 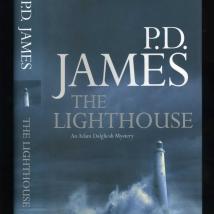 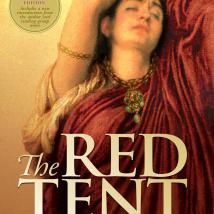 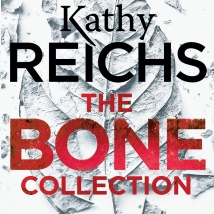 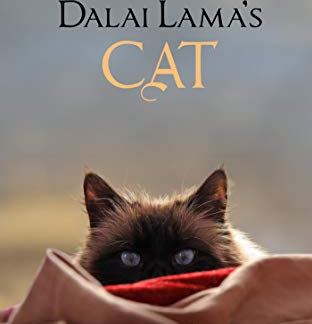 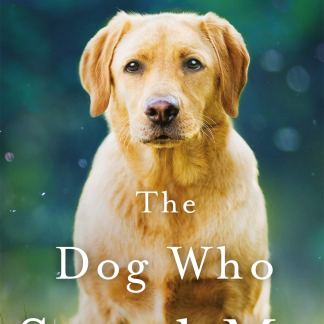 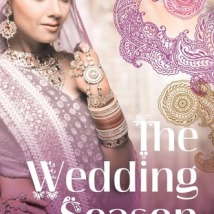 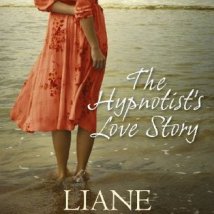 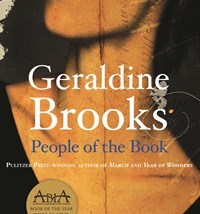 Fiction (with some romance thrown in as well
The Dog Who Saved Me – Susan Wilson. How a stray dog saved a man from ruining his life.
The Dalai Lama’s Cat – David Michie. Very cute story about a cat adopted by the Dalai Lama.
The Memory Keeper’s Daughter – Kim Edwards. What happens when a child supposed to have been taken to orphanage is kept by the nurse who helped deliver her?
Outback Ghost – Rachael Johns. Easy to read romance/mystery set in the Australia outback.
The Last Train – Sue Lawrence. Did her husband really die on the train she saw plunge into the river?
The Wedding Season – Su Dharmapala. An amusing story set in Melbourne, Australia where a progressive woman is unable to escape her cultural heritage.
On a Beautiful Day – Lucy Diamond. When a car accident impacts all four friends meeting for a lunch date.
The Cattleman’s Daughter – Rachael Treasure. Although this is a romance story set in Victoria, Australia, the underlying theme is very pertinent in light of the fires currently ravaging the country now.
The Handmaid’s Tale – Margaret Atwood. No explanation required for this.
The Songmaster – Di Morrissey. Set in northern Western Australia and Arnhem Land, this book spends a lot of time exploring art and the indigenous peoples of Australia.
The Loop – Nicholas Sparks. He writes some great stuff. This one is about wolves and cattlemen.
The Opal Desert – Di Morrissey. Another Australian novel about the allure of opals and the people who mine them.
All Together Now – Monica McInerney. A book of short stories by Monica. (Another Australian author).
The Buried Circle – Jenni Mills. Shifting between today and WWII in an English hamlet with a stone circle.
People of the Book – Geraldine Brooks. A foray into the possible history of a beautiful text saved during the conflict in Serbia.
The Hypnotist’s Love Story – Lianne Moriarty. What happens when the person you are falling in love with has a stalker?
The Last McAdam – Holly Ford. Set on a New Zealand cattle property. This is a romance.
Shadows of Hunter’s Ridge – Sarah Barrie. Part romance/part thriller. Set in Western NSW (Australia), this appears to be the second book in a series but can be read on its own.

Books I’m not sure how to classify
Secret Runners of New York – Matthew Reilly. Another Australian author (even though he calls the US home right now). I love this author. And he’s a genuinely nice guy. I even have a photo of myself with him.
Don’t Kiss Them Goodbye – Alison DuBois.

Quite an eclectic mix. Let me know if you’ve read any of them and what you thought. I’ll be back later in 2020 with my list of this year’s reads (provided a get time between all my studies).